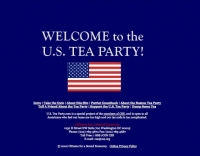 It is with great sadness that Vancouver-based Airspace Action on Smoking and Health notes the recent passing of former New York City Mayor Ed Koch.  He died Friday (Feb 1, 13) in NYC at the age of 88.

Here's a quote from one of the articles about his funeral:

"Those who spoke drew tears, laughs and applause from mourners as they remembered Koch’s in-your-face chutzpah, endearing humor and charismatic leadership style.

[Former U.S. President Bill] Clinton recalled how Koch hated cigarettes and knew it would be hard to reach young people with anti-tobacco messages. So when [current NYC Mayor Michael] Bloomberg launched his ambitious campaign against smoking, Koch offered him some cheeky marketing advice.

“Go after the virility argument!’’ Koch said, according to Clinton.

Clinton said even when Koch was sick in recent weeks, the former mayor kept asking about the health of former Secretary of State Hillary Clinton, who had been hospitalized over the after-effects of a concussion..."

On a personal note:

Although I never met the man, I tried, unsuccessfully, to contact Ed Koch in the lead-up to my 2010 Journey for a Tobacco-Free World (which, by the way, ended in NYC).  If he had joined the many prominent endorsers of the run (at www.tobaccofreeworld.ca/endorsements ), that would have been very cool.

Ed Koch was a true hero of the anti-tobacco movement...one of very few prominent politicians, anywhere, who had the guts to truly stand up to Big Tobacco (take note, Stephen Harper, Christie Clark, et al).

Our deepest condolences to the family and friends of Ed Koch.

A letter to the editor published in the Windsor Star, January 28, 2013:

Wow, so much misdirected anger.

Regarding tobacco control, I’m no fan of government, especially the current federal one (contact me for some “juicy” info about Stephen Harper).

Chris is also angry toward anyone who “nags” or “nagged” him and his (former) fellow smokers, unaware of the distinction between loving, gentle persuasion and nagging.

So much anger but in the column, Chris blissfully ignores what should be every smokers’ primary target — big tobacco, which thrives primarily on its ability to hook and addict generation after generation of illegal/underage kids. Most tragically now, in developing nations, where big tobacco freely goes about its raping and pillaging, unfettered by pesky tobacco control laws.

Chris tells us that “government bureaucrats” and, presumably, anti-tobacco activists, are “addicted to a drug as insidious as nicotine: the self-satisfaction of telling others how to live.”

Tobacco is a public health issue that has nothing whatsoever to do with “telling others how to live” any more than drunk driving laws do.

It’s ironic and hilarious that after all of Chris’s whining about government, he says, “It was my resentment at the taxes that finally spurred me to quit.”

Higher prices are a huge factor in smokers quitting. Health care costs directly attributable to tobacco far outweigh tobacco tax revenues, so it’s a lose-lose proposition no matter how you look at it. The only ones getting rich are tobacco companies.

Finally, something Chris and I can agree on. He says, “You cannot defeat a chemical addiction simply by changing the delivery method” and that you’ve got to “starve the nicotine monster.”

Absolutely correct. But besides all addictive and deadly tobacco products, the real “nicotine monster” is big tobacco.

So, Chris supports my ultimate goal of putting big tobacco out of business, right?

A letter to the editor published (with some editing) in the National Post on January 25, 2013:

I wish I could honestly say that Jesse Kline makes a powerful argument on behalf of his puppet masters at Big Tobacco, but I can't:  Invalid and illegitimate as any and all arguments condoning public smoking are, Kline's (in, B.C. crusade seeks more restrictions on outdoor smokers [Jan. 23]) definitely rank among the lamest, least eloquent and  most laughable.

And then there's, "First it was elevators, then classrooms and workplaces..." (emphasis mine).  Can you imagine?  The nerve of "the tireless anti-smoking crusader" (or "anti-tobacco Nazi", as Bruce Allen calls us), wanting to breathe something other than the toxic, carcinogenic residue of somebody else's habit in an elevator!

That said, whether it's Kline's opinion or that of more eloquent and, presumably, better-paid puppets of Big Tobacco, like the Michael Siegel Kline quoted, they all conveniently overlook one minor detail:  Smoking is NOT addictive!

Nicotine is the most addictive drug on the planet, but smoking is nothing more than an albeit powerful habit.  With literally dozens of nicotine replacement therapies now available, there is no justification whatsoever for continuing to allow smoking in any public place, workplace or MUD (multi-unit dwelling, including apartments, condos, townhomes, etc.)... indoors or outdoors.

Read more: Airspace weighs in on the "BC Crusade"

With the utmost of respect for all victims of bullying...

I will wear a pink shirt (on Pink Shirt Day [Feb 27, 13] and every other day of the week) the day that the most high-profile cheer-leader of the anti-bullying movement -- B.C.'s very own premier, Christy Clark -- publicly acknowledges that her good friends at Big Tobacco are the biggest, meanest and nastiest corporate bullies on the planet.

What's the connection between Big Tobacco and the largest single group of bullying victims:  Teens and pre-teens?  So glad you asked.

The multi-billion dollar global tobacco industry survives and thrives based almost exclusively on its ability to hook and addict generation after generation of illegal/under-aged kids.  And child slavery continues to be a huge issue on tobacco plantations in many developing nations of the world.  Until Clark acknowledges those facts and turns her back on her old pals, her integrity and her sincerity -- whenever she speaks about anti-bullying and/or Pink Shirt Day -- must be questioned.

A transcript appears below Airspace's commentary.

So often, when we see people smoking on TV, we don't see the entire face of the smoker...we see the lips (we see just enough of their faces to see the smouldering butt coming and going from their lips, often with a "Honest, I'm not really all that stupid!" smirk on their faces) and maybe part of the nose and chin. What I found rather unique and interesting about much of the video in this segment was that it featured so many smokers (2 women together [one of whom looked like staff], a man, then 2 individual women, one of whom, yet again, was smoking just a metre or two from a BC Cancer Agency [this time, the Fraser Valley Centre], then a man and a woman), at VGH...who seemed to be quite well aware that they were being filmed, but didn't give a damn.

The video portion also shows a big (roughly one square metre) 'sticker' on the ground, which repeats the highlighted part of the audio message, above...and features a roughtly one square foot No Smoking sign.  And there are sandwich boards that convey a similar message.

All in all, I'm only slightly impressed.  The stickers on the sidewalk will be trashed in no time...by people walking/cycling/rollerblading on them, the weather and, I'm predicting, a few ignorant smokers, who will, no doubt, put cigarette/bic/match burns into them, spit on them, draw swastikas on them, etc. (and Bruce Allen will no doubt be cheering them on).  In many smokers' minds, an inch or two of snow and ice, covering that sign, will automatically mean that the policy no longer applies.

A Daily Show story from December 18, 2003, before Colbert got his own show.

Blogger Norman Farrell: "While one arm of the BC's Liberal government is paying favourite law firms to plan legal action against the tobacco industry, in fiscal 2012, bcIMC, another arm of government, increased investment holdings in the merchants of death." Here's his article: Money speaks louder than words

Excerpt: "Mayor Dianne Watts was bothered by the lack of the smokers’ sensitivity and unimpressed with the reaction the centre received from the Surrey bylaw department.

"'I’m very disappointed with the enforcement not taking place, especially in and around a cancer facility,' Watts said Thursday. 'We need to be taking this up with our bylaw officers, and if there’s an issue around staffing, we need to be dealing with that.'

"The City of Surrey has 24 full-time bylaw officers.

"Watts added the smokers should have more common sense.

"'You can’t legislate intelligence and you can’t ticket your way out of a situation,' Watts said. 'People should have enough compassion within themselves to get it.'

"Thiele said he has nothing against smokers, he just wants to be able to access his cancer treatment without running the gauntlet of cigarette smoke." 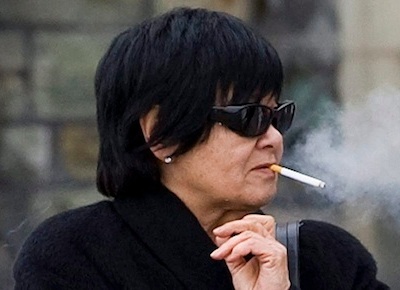 Bev Oda, former Federal MP and Minister of Canadian Heritage, Status of Women, and Minister for International Cooperation in the Harper government, and the tobacco industry's poster girl in Canada, has sent yet another bill to Canadian taxpayers. In 2010, a $250 penalty was added to a hotel bill in Washington, DC for violating the hotel's policy against smoking in room, and the charge was expensed to the Federal government. Here's the story from MacLean's: Bev Oda: Penalty for smoking in a hotel room among expenses MP charged to taxpayers

We can be thankful that she managed to not burn the hotel down.