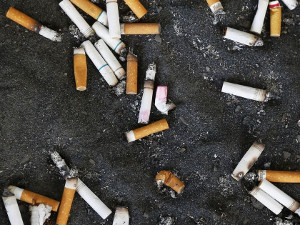 As of November 1st the minimum legal age for purchasing cigarettes in the state of New Jersey has been raised to 21. Hawaii and California already have "Tobacco 21" laws in effect, while Oregon and Maine have recently passed laws that will come in to force next year. The Tobacco 21 movement has been sweeping across the USA (see tobacco21.org)- several other states have proposals under way in their legislatures, while many progressive cities including New York, Boston, Chicago and (until it became state-wide) San Francisco have passed it municipally. While mostly Democratic- led, Republicans are beginning to also see it as wise public policy, with even Governor Chris Christie, after vetoing it twice, recently changing his mind stating he was swayed by studies that showed people won’t develop a smoking addiction if they don’t use it in their teens or early 20s.

Very nice- but will it work? Yes, this has been proven in a controlled study of municipalities in Massachusetts, and the strategy has been called "An idea whose time has come" by the New England Journal of Medicine. Paradoxically maybe the most trustworthy piece of evidence comes from an internal Philip Morris report warning "raising the legal minimum age for cigarette purchase to 21 could gut our key young adult market". The USA's Institute of Medicine produced a major scientific report backing a nation-wide Tobacco 21 law, which it calculated would reduce smoking initiation by 25%, reduce overall tobacco consumption by 12%, and save 4.2 million years of life in kids alive today.

Doesn't that ignore the fact that most smokers already start before the current legal purchase age of 18/19? No; because the way the it works is primarily by cutting supply lines. Most teens currently get their cigarettes from friends who are just slightly older than them, much fewer will have such contacts above age 21. Also the period between ages 18&21 is a critical one when many smokers transition from being occasional experimental smokers to addicted daily ones.

However here in "progressive" Canada no politicians have had the will to move this issue forward. Outgoing BC Health Minister Terry Lake did open the discussion at the beginning of the year, and the federal government did mention it as a possible strategy, but no one has picked up the ball on this. British Columbia has long had a reputation as being a leader in fighting tobacco, but has stagnated over recent mandates. In addition to multiple health groups, BC's Provincial Health Officer, Perry Kendall, is in agreement with raising the minimum legal age for tobacco purchase to 21 (personal communication). We challenge the new NDP government to take up this issue and again make BC a leader in Canada, and thereby save thousands of our children from shortened lives of a health-destroying addiction.

This article was published in The Province on November 7, 2017