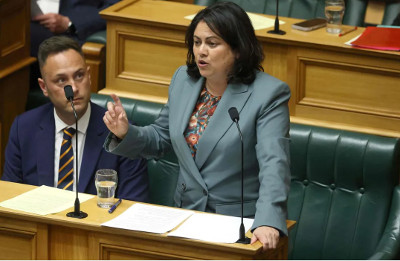 One year ago New Zealand introduced a plan called the “smoke-free generation” whereby starting in 2027 the legal age for the purchase of cigarettes will increase by a year annually in that country, so that anyone born after Jan. 1, 2009 will never be able to legally purchase them, amounting to a lifetime ban.

Last month they made it law. Malaysia announced similar plans last year, and many other countries are considering it. Over time such policies will morph into a complete ban on the sales of cigarettes, eliminating tobacco smoking entirely.

The big question, of course, remains: will it work? We all know the fate of alcohol prohibition in the United States a century ago — why should we believe tobacco prohibition would be any more successful? Former New York City Mayor Ed Koch, on calling for a tobacco manufacture/sales ban in 2007, instructed “the real reason Prohibition failed is because the American public did not support it, believing correctly that most people could handle liquor without becoming alcoholics.”

Read more: Why a smoke-free generation can work

Excerpt: "According to sources and internal documents, British American Tobacco has played a central and hands-on role in orchestrating, directing, and funding the World Vapers’ Alliance—a seemingly grassroots lobbying group designed to recruit pro-vaping advocates around the world under an anti-smoking guise."

Airspace Action on Smoking and Health has dissolved itself as an organization registered under the BC Societies Act.

Why? Because Airspace has accomplished most of its objectives. If you look back to the time of the founding of Airspace in the late 1970’s,

You probably have some memories of the many great things that Airspace did, and we invite you to share them with us.

Things such as Airspace's kiddie stings on cigarette vendors, former Airspace President Heather Mackenzie's numerous lawsuits against the tobacco industry, Airspace's booths at trade shows, our Bedfellows award, and our demonstrations against industry-funded events such as the Benson & Hedges Fireworks, Player's Indy Racing, the Matinee Fashion Show and the du Maurier Jazz Festival.

Or Airspace's fights on issues too numerous to mention such as advertising, vaping, 2nd-hand marijuana smoke, plain-packaging, smoking in multi-unit dwellings, mail-order cigarettes, and the BC College of Pharmacists defense of selling cigarettes in pharmacies.

Our annual Christmas caroling in front of the Imperial Tobacco office on Grandview in Vancouver was an embarrassment to the tobacco industry. They later closed that office and moved their operations to Calgary.

We shed light on the tobacco industry’s involvement in cigarette smuggling, and the use of BC health care facilities for cigarette product testing.

The Grim Reaper was a constant thorn in the side to the tobacco industry and their friends, and in his alter ego as Airspace president Errol Povah, he walked across Canada in 2010 to raise money for his Journey for a Tobacco-Free World initiative and raised hell at tobacco-industry conferences from Thailand to Malaysia.

We published the hard-hitting Breathers’ Digest and distributed it to nearly one hundred public libraries in BC, and have provided numerous resources to hundreds of others in the fight against the industry.

However, this web site and our Facebook page will be continued indefinitely.

Airspace wishes to express a heartfelt thanks to all those who have supported us over the years, and hope that our efforts, with your support, have led to better lives for all of us in this province.

From all of us at Airspace, thank you again.

"BAT says it is committed to the highest standards of corporate conduct."

This is about BAT, the largest tobacco company doing business in Canada. And this is a news story from March 15, not 20 years ago. By Matthew Chapman, in The Defender: Big Tobacco Targets Youth With $1.4 Billion Marketing Campaign

Excerpt: °BAT has told regulators around the world that its new products, including heated tobacco and oral nicotine, are for current adult smokers. But as these sponsorships make clear, it has launched an aggressive £1 billion ($1.4 billion USD) marketing campaign that leans heavily on social media, concerts and sporting events, which could have the effect of encouraging young people to pick up a potentially deadly tobacco habit that still kills 8 million people a year."

Ken Hill died in January at the age of 62.

As is often the case when a successful corporate executive an wealthy person dies, the media sang his praises for supporting his Six Nations community, being involved in a number of charity initiatives, owning an ice hockey team and several local business. Niagara Falls, ON lit the falls blue and green one night in his honour.

Downplayed in all this was, the source of his fortune was the Grand River Enterprises cigarette company, the fourth largest tobacco company in Canada after Imperial Tobacco, Rothmans Benson and Hedges, and JTI-Macdonald. They also sold a lot of cigarettes in Germany.

Grand River Enterprises is known for the same lack of scruples as their larger competitors. They claimed to be exempt from Ontario provincial law, even though courts have ruled otherwise, and short-changed Ontario on provincial taxes. They thumbed their noses at the Federal government by running promotions for their brands. They were sued several times in the US for involvement in cigarette smuggling. In 2009, Hill was charged with 16 counts by the State of Washington for trafficking in contraband cigarettes but the following year, a jury found him not guilty on all counts.

No word in the various news articles about his death on whether he was a consumer of his own company's products.

From the British Medical Journal Tobacco Control Blog: Philip Morris and the Government of Canada collaborate on COVID-19 vaccine development

Excerpts: "The vaccine developer at the middle of the controversy—Quebec-based Medicago Inc.—is owned by two major foreign shareholders including Philip Morris Investments (PMI) and Mitsubishi Tanabe Pharma. PMI owns one-third of Medicago and its former vice-president of regulatory affairs is the President and CEO of the vaccine developer. PMI has reported investing an undisclosed sum in the development of the new vaccine."

"The government has over 50 vaccine candidates to choose from globally—including several in Canada—so there is no lack of 'clean' investment options.

"By collaborating with Philip Morris on its own vaccine candidate, the Government of Canada is demonstrating complete disregard for its treaty obligations under the Framework Convention for Tobacco Control. Moreover, the government appears to be turning a blind eye to the tobacco industry and the pandemic of eight million deaths annually that it is fueling." 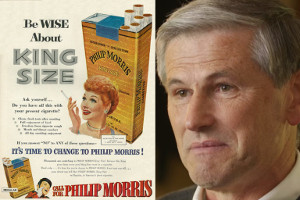 From Physicians for a Smoke-Free Canada:

There may be a very important sleeper among the suite of measures to address youth vaping announced by the British Columbia government in July. One of the regulations introduced by minister of health Adrian Dix is a requirement that all vaping liquids be sold in plainish packages by mid-September. The regulation does not apply to packaging of the devices, but only on the packages that contain substances that produce a vapour.

Only one country – Israel – has so far required that e-cigarette liquids be packaged in standardized packaging. Denmark introduced legislation to adopt this measure in January, but study of the bill appears to have been postponed. The Netherlands has plans to require plain packaging for e-cigarettes in 2022.

This new measure is included in an Order in Council adopted by the B.C. cabinet earlier this week (July 20th OIC 426). Section 8 of the new E-Substances Regulation is clear and precise. In less than 200 words, it prohibits any text or imagery that is not specifically permitted or required under federal or provincial laws. (By comparison, the the federal plain packaging regulations for tobacco products take almost 9,000 words). 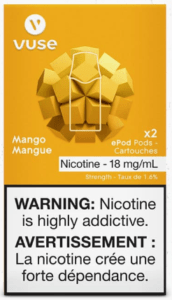 Read more: Will British Columbia be the world’s second jurisdiction to require plain packaging of e-cigarettes?

"After two years, it is clear that Canada’s vaping law is a failure.”

A revised law is needed to flatten the curve on this new wave of nicotine addiction.

(Ottawa - Montreal - Edmonton) – On the second anniversary of the federal Tobacco and Vaping Products Act (TVPA) coming into force, tobacco control organizations are calling on the Health Minister and other Parliamentarians to acknowledge the dangerous flaws in the law and to act faster to strengthen national controls on the vaping market.

“Government officials said they would balance the need to protect young people from nicotine addiction against their desire to increase smokers’ access to vaping products. It is clear that they got that balance wrong,” said Neil Collishaw of Physicians for a Smoke-Free Canada. “Tens of thousands of young Canadians have been harmed by this law, with very little evidence of any benefit to the health of adult smokers.”

Read more: Statement on the second anniversary of the federal Tobacco and Vaping Products Act